Help Center » So you think you need a native app

One of the more common requests we hear from new Amplenote users is that they wish that Amplenote offered a "native app" or a "desktop app" for Windows and macOS. In this article, we'll discuss our rationale for allowing Amplenote to be installed through a browser, and how we mitigate the perceived weaknesses of a "non-native" app.

In 2010, there was a clear delineation between a "native app" and a web app. For starters, a native app was installed on your computer, whereas a web app could be used only when you had access to visit a webpage. Native apps at this time carried several advantages relative to non-native apps:

App is installed to task tray﻿

When using Cmd-Tab to switch applications, its icon appears in the list of open apps﻿

Has its own set of hotkeys available to power users﻿

Can be more secure﻿

(subjective) Feels "faster" than other apps﻿

But even in 2010, change was already brewing, because one year earlier, in 2009, the W3W body released a new feature for browsers called a "web worker﻿." In time, the iterated version of this one feature (which includes web service workers) has upended what was once a clear separation between "native app" and "web app."

Case in point, two of the most popular "native apps" among developers in 2020 were "Obsidian" and "Microsoft VS Code." Because you install them on your computer, they appear to fit the definition of a "native" app. What few non-technical users realize is that these apps are using "Electron," a technology that bundles a website into a pre-packaged Chrome browser. The install package for these popular "native" apps effectively creates a duplicate copy of Chrome, just for running the app. For all intents and purposes, these are web apps wrapped in native clothing, using web workers to function offline.

linkHow does Amplenote stack up as a native app?

If we take the list of "native benefits" from the previous section, does Amplenote quack more like a web app, or a native app?

The first benefit of installing a native app is having it available for easy access in the "Applications" folder, and the system dock or start menu. In Amplenote, you can install the app to your system in less than a minute following these instructions﻿. The Amplenote app can be pinned for easy access, and will show an "Amplenote" icon in the task tray when opened.

link2. When using Cmd-Tab to switch applications, its icon appears in the list of open apps

Because Amplenote is installed like any other app, its icon shows when tabbing between apps:

Amplenote was designed as an offline-first app﻿. This means that new notes can be created, old notes can be searched and read, new images or videos can be uploaded, etc. Almost all functionality that is available online works just as well offline.

The exceptions are features that explicitly requiring connectivity, like syncing your external calendars, and looking up image text via OCR.

link4. Has its own set of hotkeys available to power users

Amplenote has more hotkeys than you can shake a stick at﻿. It also allows you to invoke interesting date & math calculations﻿.

link5. Can be more secure

All notes created in Amplenote are encrypted at rest, encrypted in transit, and are processed on servers that are fortified with industry-best practices. You can find the nitty gritty technical details of our security implementation here﻿ -- we invite you to email security@amplenote.com if you have ideas on how to improve our security posture﻿.

We also offer Vault Notes﻿, which offer a means to create note content that can't be decrypted even with full access to the Amplenote database. This feature offers the peace-of-mind that not even the application developers could decrypt the note content, while still allowing the convenience that content available to you (via password or biometric authentication) across your devices.

Chrome's PWA offers the option to enable notifications & event reminders shortly after you install Amplenote﻿. Assuming that you choose to enable these notifications, you can receive the same types of event notifications possible with a standard desktop app.

Have you tried Omnicapture from Amplecap﻿? With a single hotkey, you can capture your ideas on desktop instantly.

This is the hardest item to "prove" since the right level of visual panache is highly subjective. The upside of subjectivity is that we can assure you, Amplenote is the best. 😉

In seriousness, our founding team came from a video game background, and we are keenly attuned to how small visual effects can add reaffirm user actions, and make the app experience more satisfying. We are continually adding more sizzle to Amplenote, albeit secondarily to adding functionality.

While it is subjective that native apps work faster, it can be objectively measured which apps are fastest at opening, searching etc., In fact, in 2021, NoteApps.info collected data using a rigorous (and reproducible) protocol that compared 22 note taking apps﻿. A couple highlights: 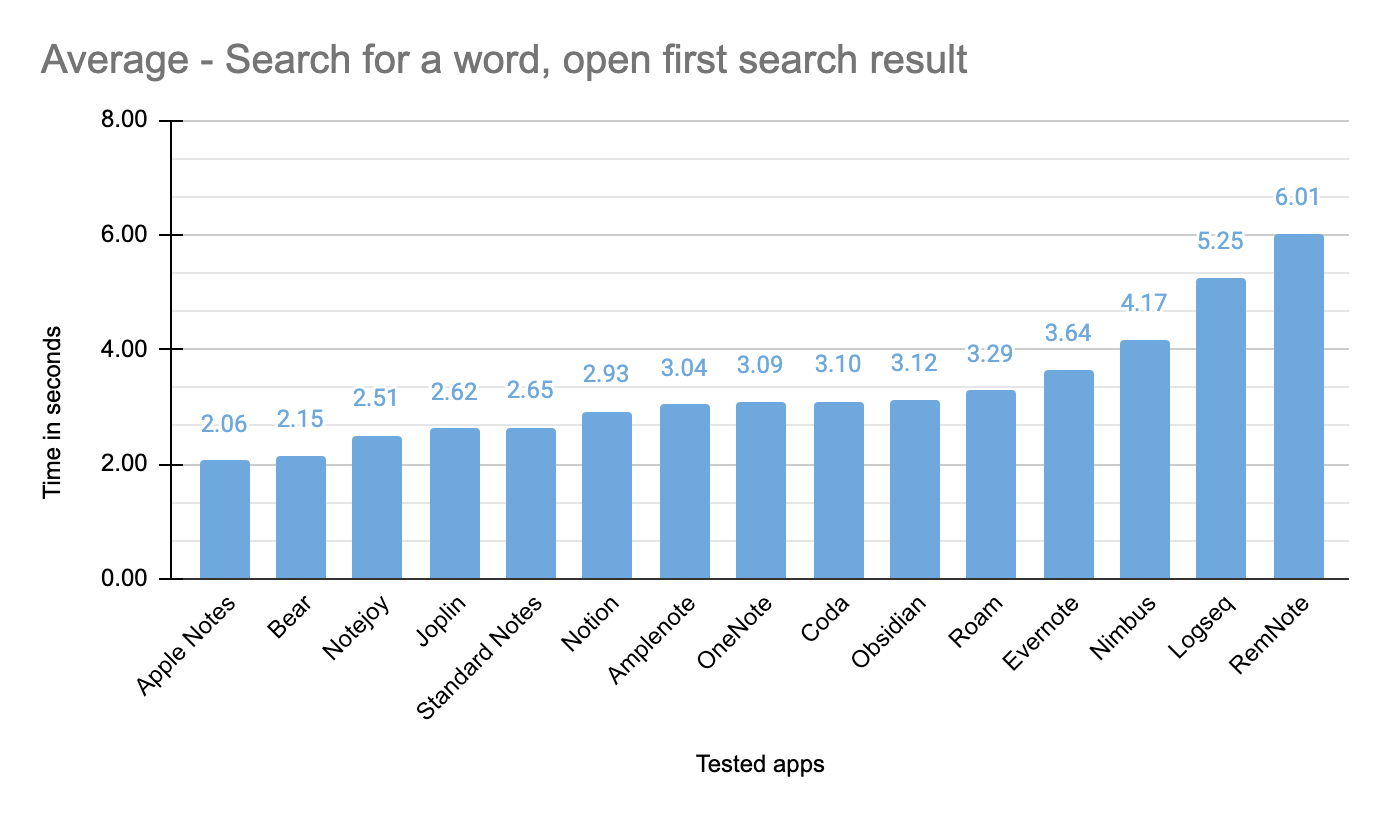 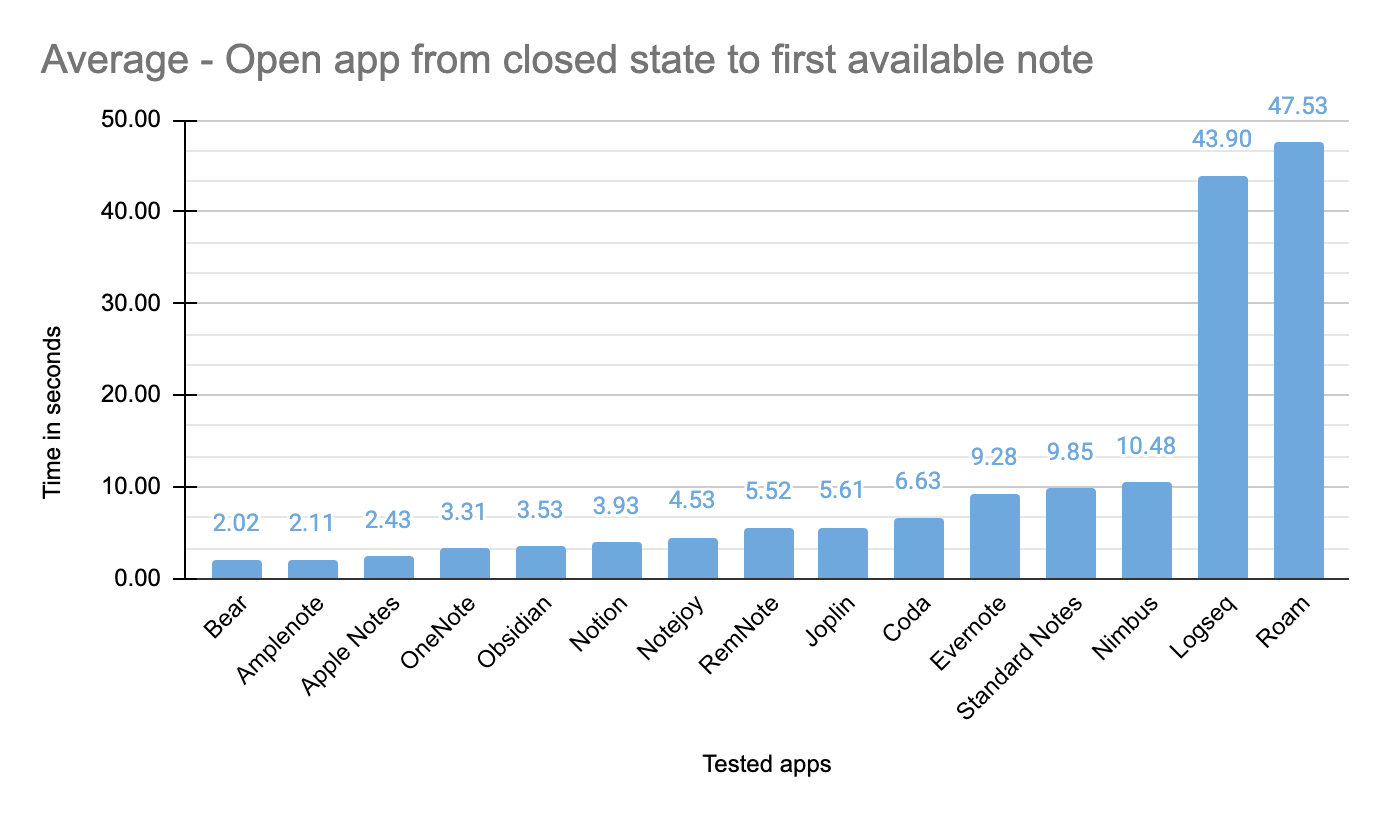 Read the full report if you want all the details. The tl; dr takeaway is that there was not any measurable distinction between which apps performed best between "native app," "web app," and various hybrid apps (like Obsidian and Amplenote).

While the distinction between a native and non-native app has become quite blurred on desktop, there's still no mistaking a web app for a native app on mobile platforms. That's why Amplenote offers native apps for iOS, Android, and iPad﻿.