Amplecap is a browser extension aimed at making the first phase of the Idea Execution Funnel﻿ more convenient by augmenting "Jots" to facilitate easy web capture.

As of the creation of this help page, Amplecap is still in beta. We're aiming to release a fully tested v1 around Q1 2021.

link📦 Where can I get it?

The Chrome extension has been submitted to the Chrome Web Store at this URL﻿. Sometime around January 22-25th we expect that the listing will be changed to "Amplecap Beta," (instead of our legacy "Amplenote Web Clipper" still active as of Jan 22) at which point it's open season on downloading.

We also hope to launch a Firefox version of the extension later in Q1 2021! 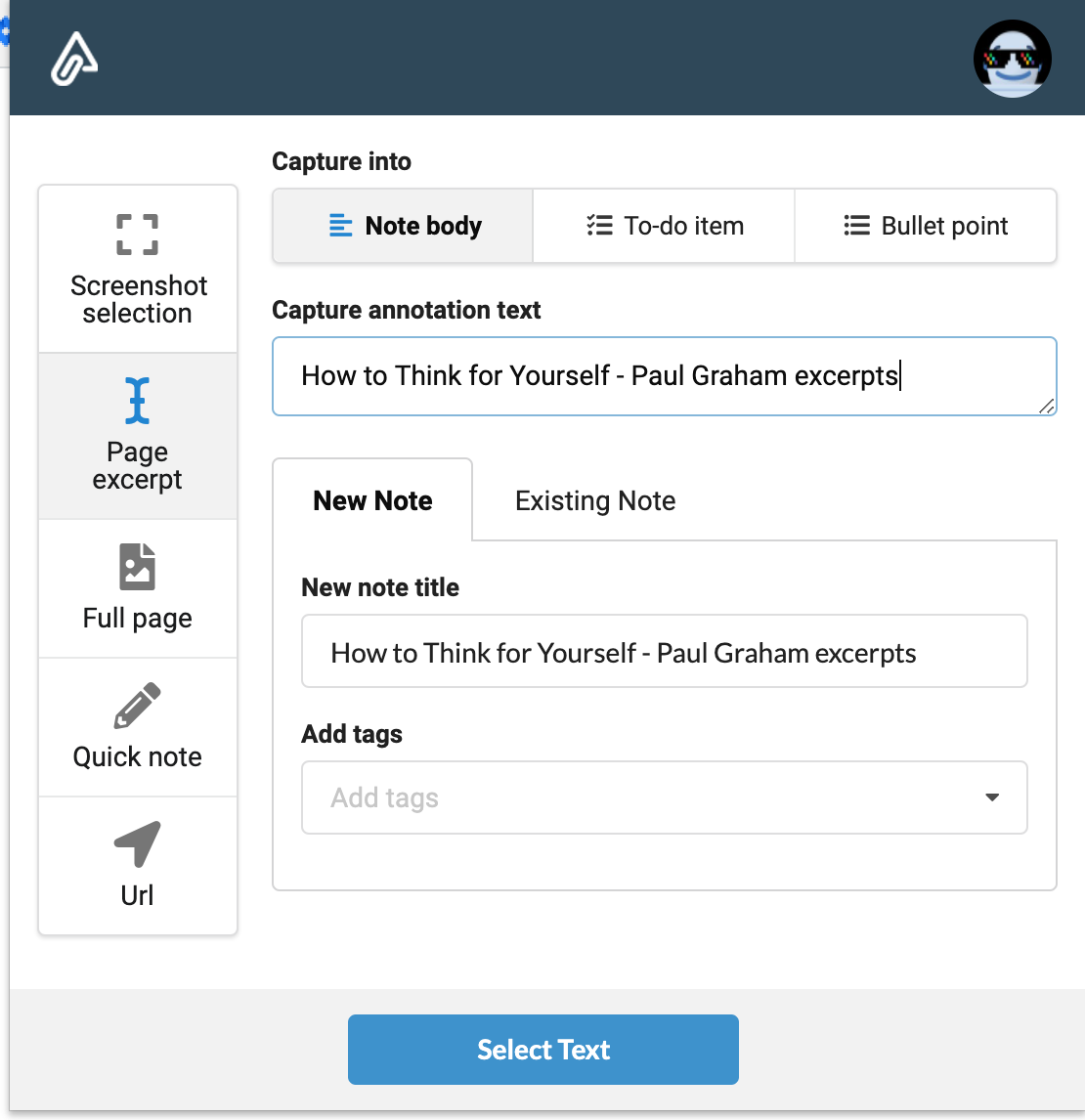 As of our beta launch, five modes of web capture are supported.

In this mode, you drag a key portion of the screen that's currently visible in your browser, and it gets captured as a screenshot. For example, 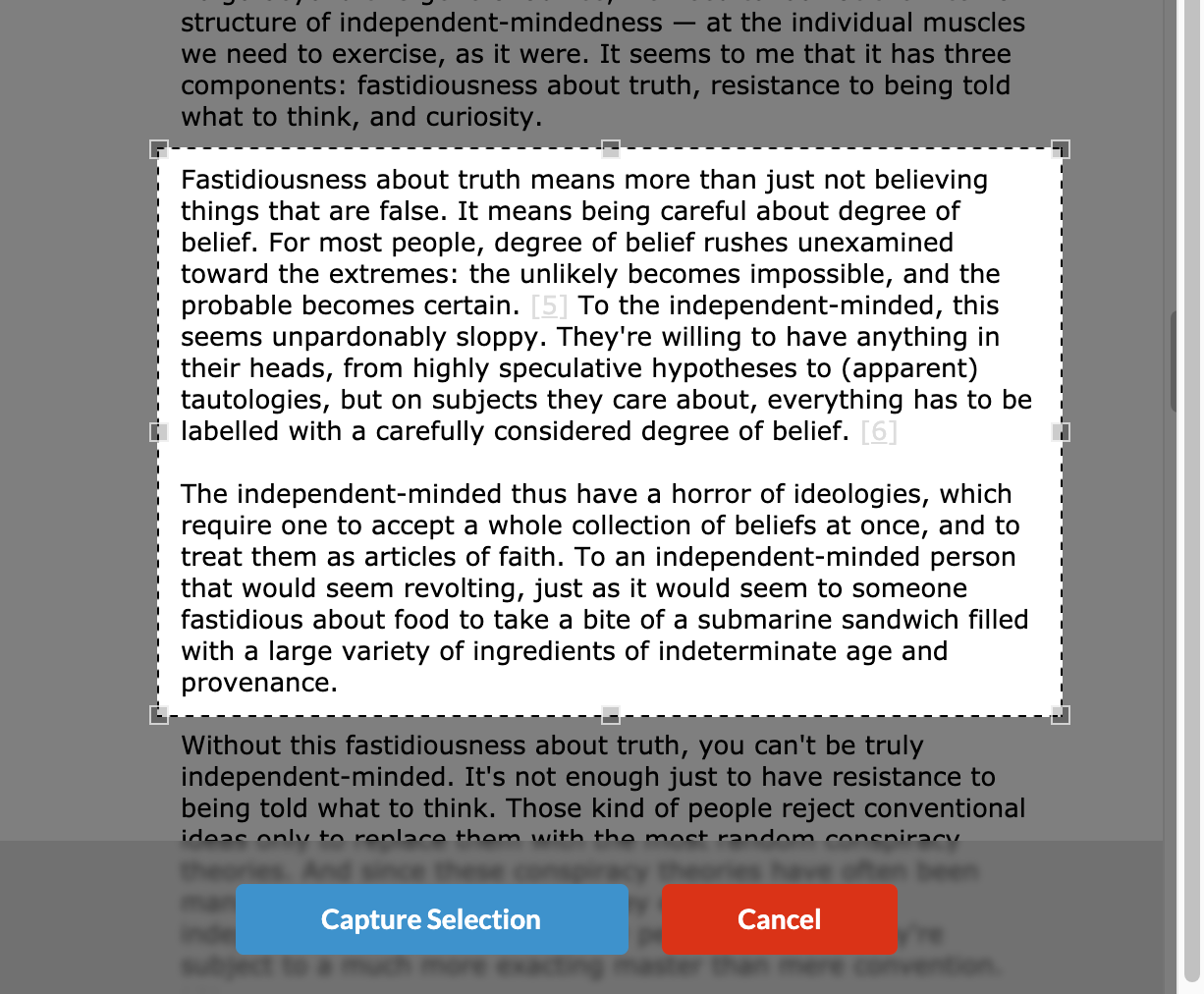 Screenshot selection mode allows you to capture any part of the screen into a task, bullet point, or note. Once the screenshot is in Amplenote, you can use our OCR functionality to find it in search, or paste the text into your note body if you want to do something with it.

In this mode, you can capture the points that interest you most when you're reading an article. 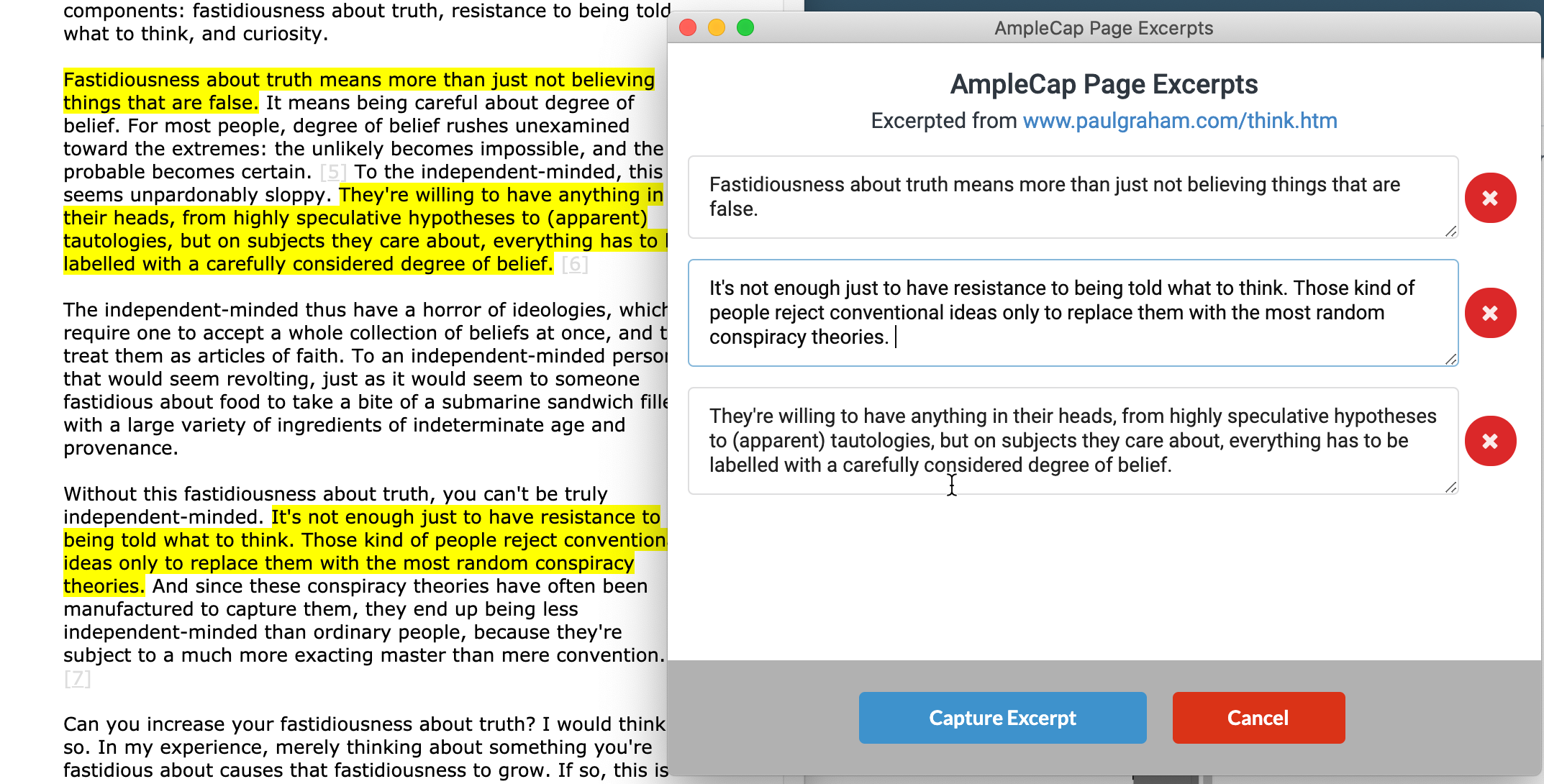 Selecting interesting quotes in Text excerpts capture mode. Any excerpt can have additional thoughts added to it by clicking the excerpt

In the "Full page" capture mode, a screenshot of the entire URL being visited is saved to a note, task, or bullet point.

This is mostly for when you want to quickly capture a task on desktop. 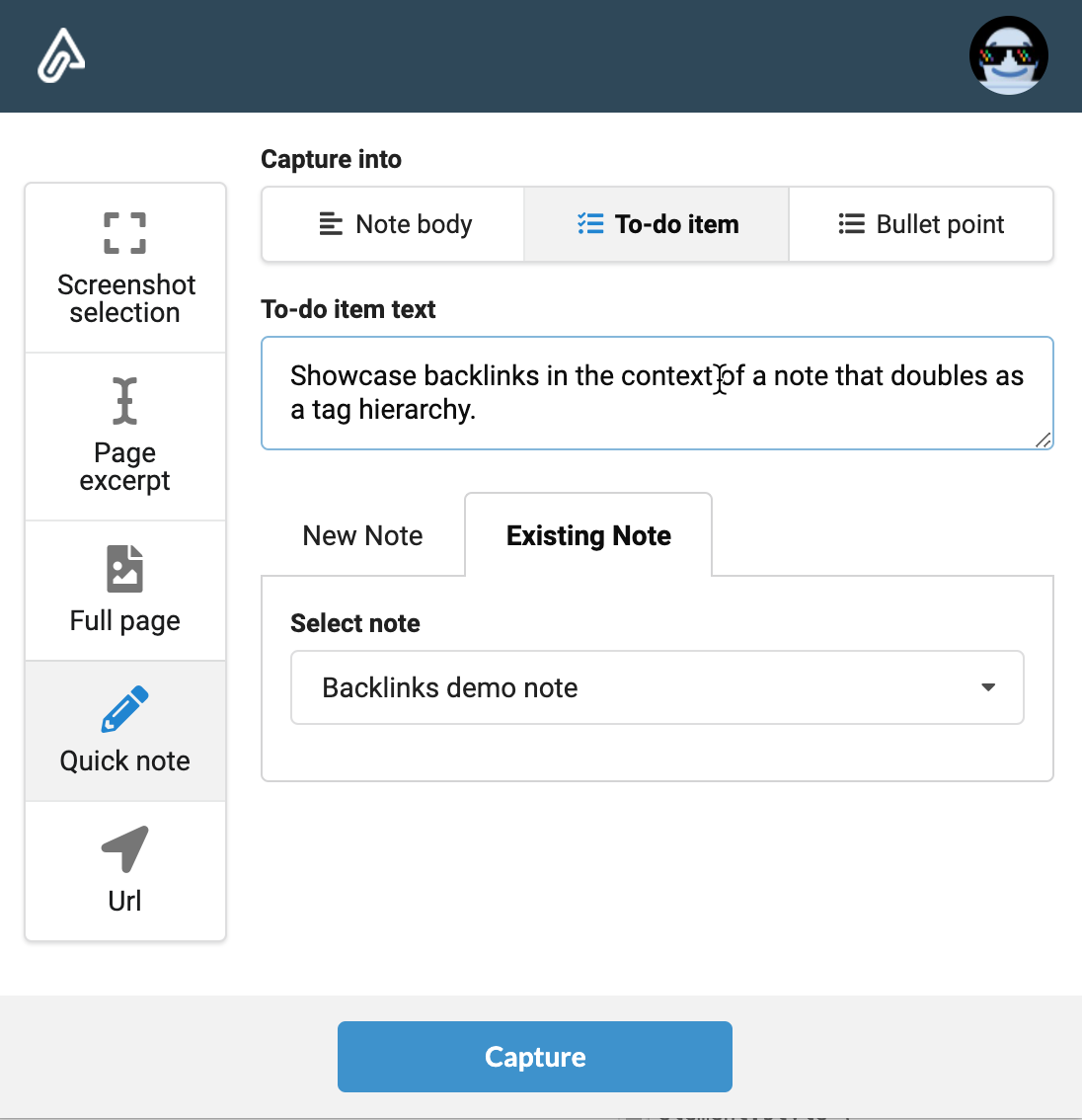 Since the options on both sides can be switched using hotkeys﻿, this means that you're never more than a couple keystrokes away from capturing a task idea into Amplenote on desktop.

This simply captures the URL that you're currently visiting into a task, bullet, or note. Useful if you want to use Amplenote to catalog your bookmarks, or if you want to remember to explore a site more deeply at some later date.

Any capture type can be captured into one of three targets:

Note body. The most luxurious landing pad for your newly captured content. When Note body is selected, we'll put your captured content straight into a new note, or appended to the end of an existing note.

To-do item. If you want to remember to follow up on this captured content later, capturing it into a To-do item makes that easy. You can capture any content into your main task list, or into a new note in a tag that has a tag shortcut in Tasks view mode.

Bullet point. Sometimes you want to keep lists of non-actionable items, or you want to keep a list of actionable items that remains in the note after being completed. In these cases, choosing the "Bullet point" option puts your captured content into a Rich Footnote that fits into a bullet that is prepended to the note chosen (or inserted at the beginning of a new note)

For macOS, Linux and PC

On macOS keyboards, the "Alt" key is also labeled "Option."

Here are the steps for adding your own personalized shortcuts for Chrome extensions.