What is a "Jot" and how is it different from a "Note"?

Writing in Amplenote happens primarily between two modes that we provide in the left sidebar: "Jots" and "Notes." 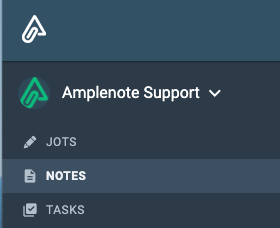 In this help article, we'll explore how they differ philosophically and effectually.

The purpose of "Jots" is to facilitate simple, quick idea capture. 🏃

When you're first sketching out an idea and its connections, Jots mode shines. It provides a zero-clutter, distraction-free place to write.

As of September 2020, it looks like this when used in single-pane mode: 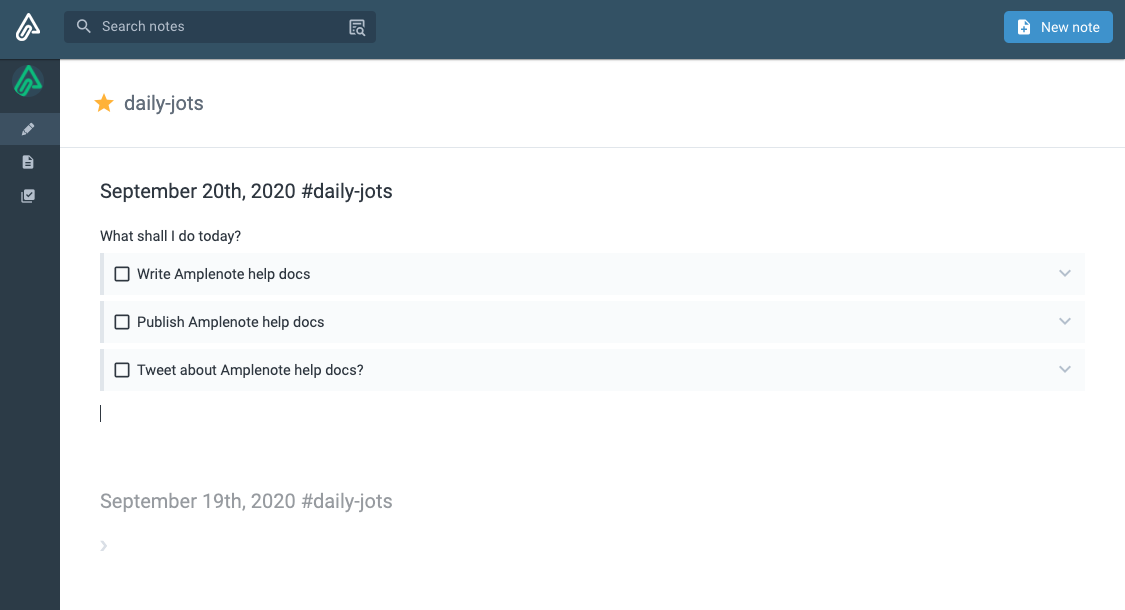 Note the lack of formatting toolbar present in "Notes" mode. To apply formatting in Jots mode, use keyboard shortcuts or markdown formatting﻿.

The Default Shortcut﻿ selected when you first enter Jots mode is called daily-jots. Here is an annotated two-pane view of Jots with the default daily-jots tag:

This makes it trivial to filter on notes that were created in Jots mode (by filtering on the daily-jots tag).

linkBrainstorming on a topic with Jots

Of course, you don't have to dump all your great ideas into the daily-jots bucket. You can navigate to any place in your tag hierarchy and ideate there instead: 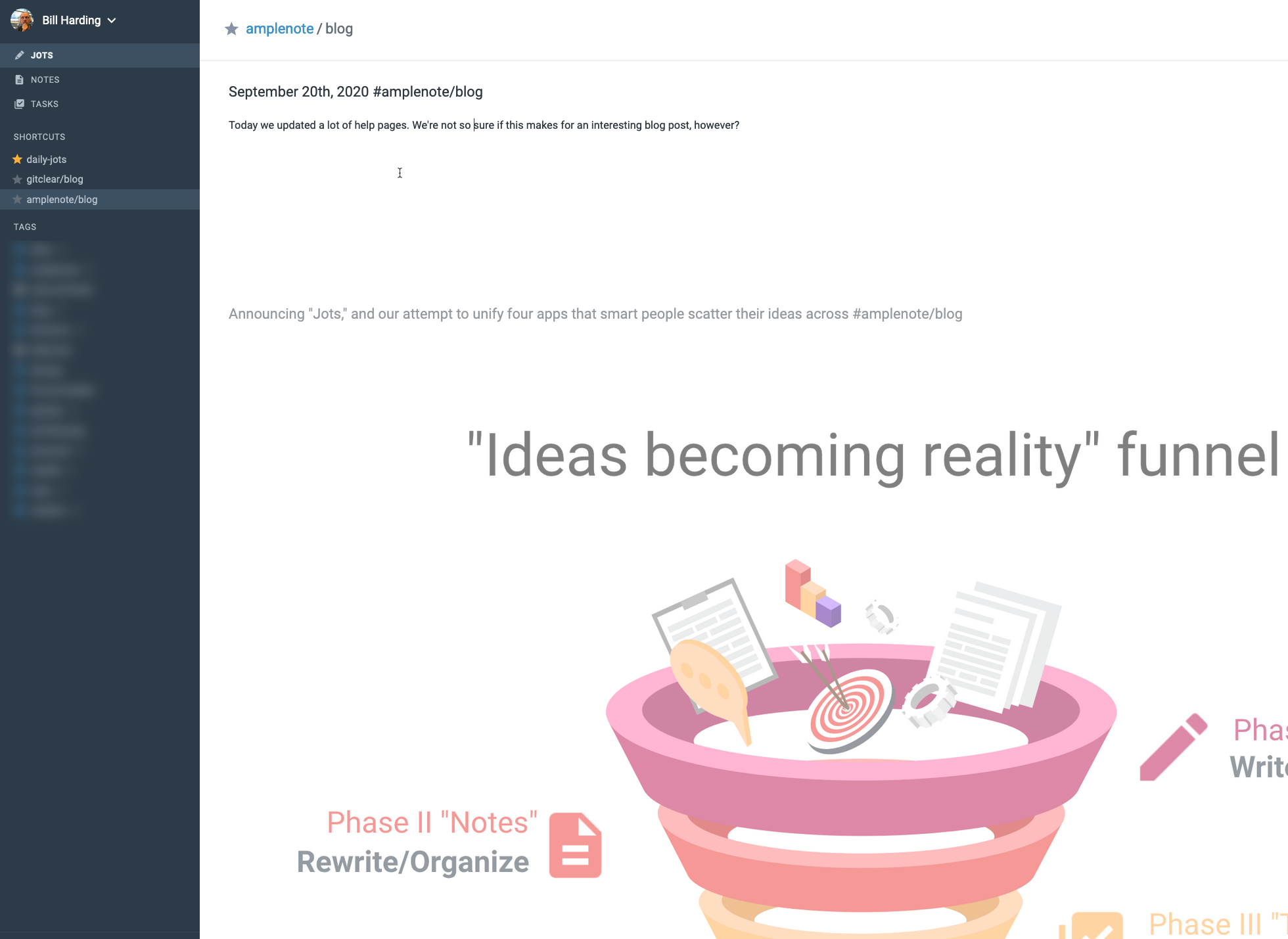 In this case, I visited the amplenote/blog Shortcut that I'd created in Jots mode (always good to be brainstorming blog topics!), and had a note ready and waiting for my input ("September 20th, 2020") followed by the next most-recently created notes with the amplenote/blog tag.

linkCreating tasks (and other formatting) in Jots mode

Since Jots mode doesn't include the formatting bar found in Notes mode, you will need to use our markdown or shortcut keys﻿ to effect formatting in Jots mode.

The most common type of formatting that users are after in Jots mode is formatting as a task. You can create a task in Jots mode by typing [] followed by whatever you want the task to be. That is: open bracket ([), closed bracket (]), followed by a space, and away you go. 🚀

In Amplenote, every "jot" is a "note" and vice versa. The purpose of Jots mode is to facilitate simple, quick idea capture, which is why it's the first step in the "Idea execution funnel."﻿

Jots is great when you're trying to whip up the first draft of a document, or when you just want a scratchpad for the problem of the minute. But when you want to share your ideas with the world, it's common that you want to make editing passes on your original idea to improve language, add formatting, etc. This is where Notes mode shines.

Notes mode -- with its formatting toolbar, ability to set multiple tags, and detailed per-note action menu -- is designed for taking the rough gems you created in Jots mode and polishing them into a form that lets them be consumed by the outside world.