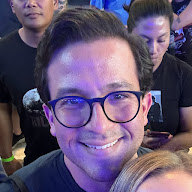 I started out with roam research (which is an awesome tool that I still use for certain things), but I found the shareability and deep integration with tasks that Amplenote excels in to be irresistible. At one point I tried obsidian as well, but I found that the ability to customize things (in roam as well) to be too much of a temptation for me, I would spend an innordinate amount of time trying to customize my workflows. Amplenote's biggest strength is that you have a scaffold to work on top of, but the process you choose is still relatively flexible (GTD or some other productivity flavor). Having push notifications for tasks on my phone is a huge plus, along with the flexible recurrence feature. Amplenote is not as well known, but it certainly has the ability to compete in the "major league" of note taking tools.

Learn how to start earning badges